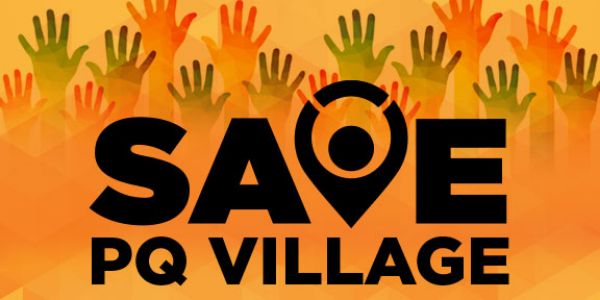 Last week, hundreds of residents and faith leaders from San Diego Organizing Project (SDOP) gathered in the pews of Our Lady of Mount Carmel Church to protect the only affordable housing left in Rancho Peñasquitos. In front of an ornate crucifix and stained-glass window, community members took the stage and shared moving testimonies of how, if forced from their homes, their families would be unable to afford any other place to live in their community.

The City of San Diego originally zoned areas of Rancho Peñasquitos for affordable housing in 2006. Now, private developers are seeking approval from the Rancho Peñasquitos Planning Board, San Diego Planning Commission and San Diego City Council to ignore this pre-established zoning and demolish 300 affordable units where families currently live. Peñasquitos Village is the only affordable housing in the area, with an average rent of $1,370 for a two-bedroom unit. Developers want to replace the complex with luxury apartments and homes that are unaffordable for low-income residents.

“I’ve lived here for 23 years, and I’ll be here until the bulldozers knock on my door,” said 93-year-old Peñasquitos Village resident Felicita Cayabiab. “I’m afraid that if we lose our affordable housing, there’s nothing keeping me and my neighbors from ending up on the streets.”

SDOP faith leaders say the development proposal threatens a community already struggling with a massive housing crisis. San Diego County has a shortage of 142,000 affordable units for families currently paying more than 30 percent of their income on rent. Since 2000, median rents in San Diego have increased 36 percent, while renter household incomes have only risen by four percent.

Last week’s meeting ended with a call to action for residents to join a religious processional from Peñasquitos Village to the Rancho Peñasquitos Planning Board office on July 28. Community members will urge the board to protect more than 300 families from displacement by denying permits for developers on its July 5 meeting. SDOP and community members hope to stop the project before it moves to the San Diego Planning Commission in late summer. At that point, City Council would give the final vote on the project.